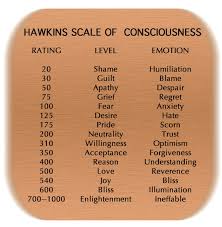 Consciousness has been defined loosely as a constellation of attributes of mind such as subjectivity, self-awareness, sentience, and the ability to perceive a relationship between oneself and one’s environment.

The progress toward the attainment of higher consciousness can be derived through the research of David Hawkins, in Power vs. Force, through a concept he calls ‘consciousness frequencies’. The consciousness frequency of humanity underwent a major shift around the Harmonic Convergence in 1987, and again surrounding the events of September 11, 2001.

Read the rest below:

HeartMeditators.com is a sister site of Church of the Cosmos: Temple of Light.