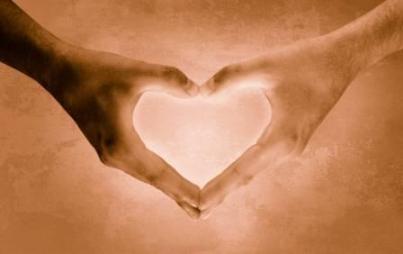 In ancient times particularly Hindu, Buddhist, Daoist, even Atlantean/Lemurian traditions raising Consciousness was centered in the Mind from the activation of the Third Eye (i.e. 1. the pea size pituitary gland of the sixth chakra located behind the center of our forehead, between our eyes; and 2. the cone-shaped pineal gland of the seventh chakra located in the middle of the brain behind and just above the pituitary gland–together, must join their essence in order to open the Third Eye) or as noted below:

“When our Consciousness is raised from the medulla oblongata – center of the ego – to the frontal lobe (i.e. Christ center or Third Eye), our Consciousness is risen… by our eighth sense, or intuition. If we learn to focus from the frontal lobe this is a start to higher consciousness. Many, until learned knowledge and through meditation, are ego-centered/driven. Energy needs to be raised from the back of the brain to the front.” – Laura Scott

And whilst this is true, however, there has been a great shift of Consciousness from the Mind to the HEART as some would say with the advent of the Light Being known as Jesus (who, worldwide, symbolizes the “Sacred Heart”) and ushered in the Age of Pisces for the past 2,012 years (since zero point). He is not alone in delivering this message of the Heart to humanity. Other Light Beings or Ascended Masters of Earth did the same: Goddess Hathor of Egypt and the compassionate Goddess Quan Yin of China (i.e. the same Light Being  – the bodhisattva Avalokitesvara – who has incarnated as the entire line of Dalai Lamas in Tibet) teach us that Christ Consciousness – not necessarily to be confused with Jesus Christ – is a matter of the Heart. There are also others among the Ascended Masters–Aengus (Irish), Dana (Celtic), Devi (Hindu), Ishtar (Sumerian/Babylonian), Isis (Egypt), Lord Maitreya, Mother Mary (Christian), Vywamus, etc.

Yet, it is true that to this day you can also raise Consciousness through the activation of your Third Eye, but this takes many years (minimum on average of two to three decades) of devoted practice of, for example, Kundalini, Samadhi, Kriya, etc. The current rays of Light energies pouring into the planet at this time which is assisting in the dimensional shift has made it possible for humans to shorten this process of Enlightenment (or Awakening Christ Consciousness) by activating the Heart (not simply the heart chakra).

But remember that the Awakening is not only the activation of the Heart, it is as noted previously as the self-realization of one’s true Divine identity:

“You know yourself as an expression of Universal Being [i.e. Source Energy/ Infinite Spirit/ Prime Creator…], as a cell in the terrestrial body of the One whose Consciousness is now awakening in the human family, a consciousness that is ultimately, and beautifully, your own. One Being is the source of all creatures… To know yourself as an awakened individual is to also know yourself as the being of the surrounding context.” – Ken Carey, Starseed Transmissions

Understanding that this identity is both the Creator and the Creation helps us to awaken to the Oneness – feeling and knowing ourselves in others – that goes beyond the limitation of Duality. We are not just the Light; we are also the Dark. Until we embrace all sides of ourselves (and our collective creation on this Earth e.g. wars, famine, inequality, as well as joy and peace, etc.) with COMPASSION and EMPATHY from our HEARTS , we simply feed the growth of our own denial–creating more darkness. Intellectualizing this compassion from the Mind center is not the same as FEELING it from our Hearts. We must begin to approach life by Being, Giving, and Choosing LOVE as we understand that Love IS the Heart of Consciousness.

This article is part of a trilogy:

“The Awakening (that we asked for)” by Ken Carey
http://churchofthecosmos.wordpress.com/2010/12/13/the-awakening-that-we-asked-for/

“The Duality Polarity – God Does Not Take Sides”

“Awakening as One | The Shift | New Earth (Frequency)” – Watch the Duality video:
http://churchofthecosmos.wordpress.com/2012/06/01/awakening-as-one-the-shift/

HeartMeditators.com is a sister site of Church of the Cosmos: Temple of Light.